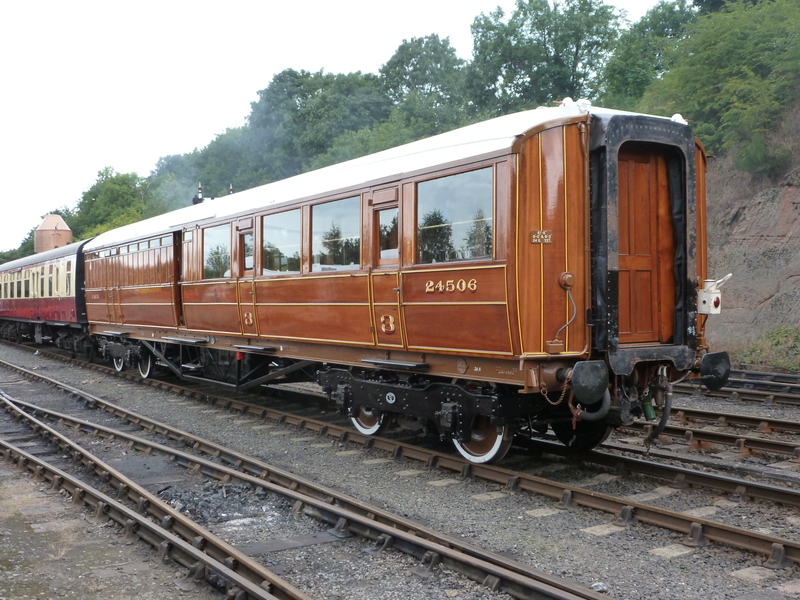 The LNERCG’s chief purpose is to assist the Trust in charitable fundraising and in the care of the “LNER Teak Train”. The Charitable Trust now owns all of the SVR’s nine teak carriages.

Click to read the Group's newsletters, which are issued on a regular basis.

All nine vehicles have presented considerable challenges in restoring them to working condition. The LNER carriage set is broadly representative of everyday travel on that company’s system between the Wars and into the post-war nationalised era. The aim today is to retain the character of the LNER company's trains and to keep the set in operational condition for our visitors to enjoy, though that can only be done with a continuing financial commitment and the support of a committed workforce, both volunteer and paid SVR staff.﻿

Nowadays, the remit of the Group’s workforce extends beyond ex-LNER rolling stock, and its members have recently been responsible for repairing and restoring:﻿

Work continues on the project to create a wheelchair-accessible GWR-style buffet car from the much altered remains of the Collett bow-end Corridor Third, originally numbered 5043.  This has now gained its new SVR running number 9581, which reflects its role as a catering vehicle. In GWR days these were numbered in the 95XX or 96XX series. The revised bodyshell is based on GWR Diagram H33, and the number of one of these, the long-scrapped 9581, was chosen for the rebuild of 5043.

There’s more information on the LNER Carriage Group’s work and its predecessor, the Coach Fund at http://www.lnersvrcoachfund.org.uk

Would you like to get involved hands-on with carriage restoration?

If you would like to join the Group in its ongoing work, please make an initial approach through the SVR’s Volunteer Liaison Office at Bewdley Station on 01299 401776 or vlo@svrlive.com.

The LNER Carriage Group can trace its origins back to the 1970s when the unincorporated LNER (SVR) Coach Fund (LNERCF) was first formed, to acquire and restore a small selection of Gresley carriages for SVR operation. The Coach Fund was responsible for several major restoration projects before the Trust was established, three examples of which include:

The Coach Fund still exists as the continuing owner of a variety of spare parts for LNER stock. The Coach Fund and the more recently formed Carriage Group share the same volunteer workforce, which works in conjunction with the Charitable Trust on a range of restoration projects.