The LMS was leading british railway carriage design in 1938 by building the first batches of all-steel, welded construction coaches. The second world war put this all on hold, and post-war rationing of steel delayed the resumption of this programme. In 1947, the LMS began construction of a new all-steel dual-class carriage, No 24500. It was completed in LMS colours, but without the LMS branding, in early 1948, by which time all the railways then were British Railways.

A further 250 were built in the next two years and most were delivered in the new carmine and cream colours. 24617 ran in services on the Western Region until 1968, when it was withdrawn only weeks after a full works overhaul. A combination of Beeching route cuts and new BR Mark One stock, making it surplus to requirements.

Four months after its last BR overhaul and repaint, 24617 was delivered to the SVR, having been bought by the LMS&BR Coach Fund.

This carriage comprises four First class compartments and three of Third class, with a lavatory at each end. The all-welded construction gives 24617 a slightly different, more rounded profile than the earlier timber-framed stock. This useful vehicle has run in SVR services every season since 1968; only one other vehicle on the line has that distinction. Not having been rebuilt heavily, 24617 is in very original condition; however, major works have been undertaken to its bogies, brakes and wheels, owing to the high mileages this vehicle has clocked up.﻿ 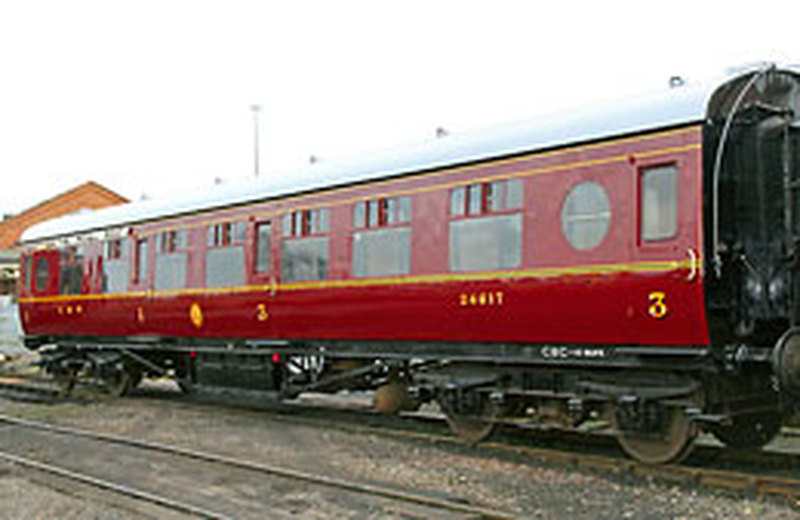